The LONG and the SHORT of IT. 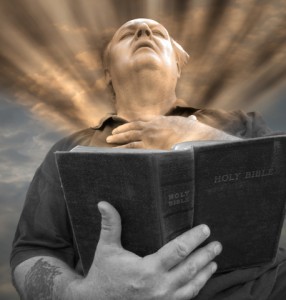 © This war is for your mindset.

There is a war going on that has gone on for eons in the heavens and for many centuries here on earth. This war is for your mindset – the very focus of your spirit and soul – and the way you live your life here on earth! It is between you, as a Born Again True Believer, with your transformed, renewed, upright, and holy worldview, or you as a Make Believer with your profane secular humanistic worldview. How do you worship and serve God? Is it your heart’s desire is to save the lost sinners of this world or is your heart’s desire is to save the world by the greening of the world or whatever worldly fad is popular today.

During these last days, you and I are going to have to renew and transform our minds from the profane secular humanistic worldview of saving the world and deliberately refocus our entire being physically, mentally, emotionally, and spiritually towards God and His Kingdom with Its spiritual supernatural Kingdom of God Biblical Christian Worldview here on earth and the bringing into Jesus Christ’s Bride Church the souls of the lost sinners of this world.

But it does not end there! Each new convert must renew and transform their mind and set it above on God’s Kingdom here on earth – Christ’s Bride Church with Its spiritual supernatural Kingdom of God Biblical Christian Worldview, and must include the resulting lifestyle glorifying God. It is the Bride Church’s responsibility to spiritually disciple, mentor, and train each new adopted Child of God to discern the objectives and goals in this final battle before Christ returns.

God is using the things of this world to follow His predestined plans for its leaders and citizens to organize the world through a One World Government and a One World Religion to save this world. When Christ’s Bride Church takes Its militant stand against this spiritual insanity and nonsense and all those who support it, there will be persecution and repercussions against Christians like none that has ever been seen from the beginning of man here on the earth. Christians must defend themselves, their families, Christian Brothers and Sisters. It is very possible that Christians will have to become engaged in the physical fracas that is enveloping the world. In fact it is happening NOW!

There is a passage in Daniel and the Book of Revelation that declares that God’s Saints will be defeated for awhile which I believe to mean that before Christ returns, His Saints will be severely persecuted, but we cannot give up sharing our testimonies for Christ! (1) We do not know when Christ will return, but you and I should be living our lives as though it is today. The theme of the Book of Revelation is be ready. So, be ready for whatever God has in store for you before Christ’s Second Coming! (2)
(1) “But watch out for yourselves, for they will deliver you up to councils, and you will be beaten in the synagogues. You will be brought before rulers and kings for My sake, for a testimony to them. (Mark 13:9) NKJV
(2) “I was watching; and the same horn was making war against the saints, and prevailing against them, until the Ancient of Days came, and a judgment was made in favor of the saints of the Most High, and the time came for the saints to possess the kingdom. (Daniel 7:21-22) NKJV
(2a) It was granted to him to make war with the saints and to overcome them. And authority was given him over every tribe, tongue, and nation. All who dwell on the earth will worship him, whose names have not been written in the Book of Life of the Lamb slain from the foundation of the world. If anyone has an ear, let him hear. (Revelation 13:7-9) NKJV
(2b) And they overcame him by the blood of the Lamb and by the word of their testimony, and they did not love their lives to the death. (Revelation 12:11) NKJV

This will be a very difficult time for Christ’s Bride Church before He returns. Read very carefully the following text from 1 Peter chapter 4. You will discern many of the thoughts that I have written. “SO, SINCE Christ suffered in the flesh for us, for you, arm yourselves with the same thought and purpose [patiently to suffer rather than fail to please God]. For whoever has suffered in the flesh [having the mind of Christ] is done with [intentional] sin [has stopped pleasing himself and the world, and pleases God], So that he can no longer spend the rest of his natural life living by [his] human appetites and desires, but [he lives] for what God wills.
“For the time that is past already suffices for doing what the Gentiles like to do — living [as you have done] in shameless, insolent wantonness, in lustful desires, drunkenness, reveling, drinking bouts and abominable, lawless idolatries. They are astonished and think it very queer that you do not now run hand in hand with them in the same excesses of dissipation, and they abuse [you]. But they will have to give an account to Him Who is ready to judge and pass sentence on the living and the dead. For this is why the good news (the Gospel) was preached [in their lifetime] even to the dead, that though judged in fleshly bodies as men are, they might live in the spirit as God does.
“But the end and culmination of all things has now come near; keep sound minded and self-restrained and alert therefore for [the practice of] prayer. Above all things have intense and unfailing love for one another, for love covers a multitude of sins [forgives and disregards the offenses of others]. [Proverbs 10:12.] Practice hospitality to one another (those of the household of faith). [Be hospitable, be a lover of strangers, with brotherly affection for the unknown guests, the foreigners, the poor, and all others who come your way who are of Christ’s body.] And [in each instance] do it ungrudgingly (cordially and graciously, without complaining but as representing Him).
“As each of you has received a gift(s) (a particular spiritual talent, a gracious divine endowment), employ it for one another as [befits] good trustees of God’s many-sided grace [faithful stewards of the extremely diverse powers and gifts granted to Christians by unmerited favor]. Whoever speaks, [let him do it as one who utters] oracles of God; whoever renders service, [let him do it] as with the strength which God furnishes abundantly, so that in all things God may be glorified through Jesus Christ (the Messiah). To Him be the glory and dominion forever and ever (through endless ages). Amen (so be it).
“Beloved, do not be amazed and bewildered at the fiery ordeal which is taking place to test your quality, as though something strange (unusual and alien to you and your position) were befalling you. But insofar as you are sharing Christ’s sufferings, rejoice, so that when His glory [full of radiance and splendor] is revealed, you may also rejoice with triumph [exultantly]. If you are censured and suffer abuse [because you bear] the name of Christ, blessed [are} you — happy, fortunate, to be envied, with life-joy, and satisfaction in God’s favor and salvation, regardless of your outward condition], because the Spirit of glory, the Spirit of God, is resting upon you. On their part He is blasphemed, but on your part, He is glorified.
“But let none of you suffer as a murderer or a thief or any sort of criminal, or as a mischief-maker (a meddler) in the affairs of others [infringing on their rights]. But if [one is ill-treated and suffers] as a Christian [which he is contemptuously called], let him not be ashamed, but give glory to God that he is [deemed worthy to suffer] in this name.
“For the time [has arrived] for judgment to begin with the household of God; and if it begins with us, what will [be] the end of those who do not respect or believe or obey the good news (the Gospel) of God? And if the righteous are barely saved, what will become of the godless and wicked? [Proverbs 11:31.] Therefore, those who are ill-treated and suffer in accordance with God’s will must do right and commit their souls [in charge as a deposit] to the One Who created [them] and will never fail [them].” (1 Peter 4:1-19) AMP

As I stated in my Testimony, I have reached the same conclusion as Joshua and I pray that you agree with those who hear him, “And if it seems evil to you to serve the Lord, choose for yourselves this day whom you will serve, whether the gods which your fathers served that were on the other side of the River, or the gods of the Amorites, in whose land you dwell. But as for me and my house, we will serve the Lord.” So the people answered and said: “Far be it from us that we should forsake the Lord to serve other gods;” (Joshua 24:15-16) NKJV

I cannot write a better closing Scripture text for this book than Solomon when he wrote, “All has been heard; the end of the matter is: Fear God [revere and worship Him, knowing that He is] and keep His commandments, for this is the whole of man [the full, original purpose of his creation, the object of God’s providence, the root of character, the foundation of all happiness, the adjustment to all inharmonious circumstances and conditions under the sun] and the whole [duty] for every man. For God shall bring every work into judgment, with every secret thing, whether it is good or evil. [Matthew 12:36; Acts 17:30, 31; Romans 2:16; 1 Corinthians 4:5.] (Ecclesiastes 12:13-14) AMP

I’m closing with the words from a hymn that summarizes in a few words what I tried to say in this book.

Turn Your Eyes upon Jesus

1) O soul, are you weary and troubled? No light in the darkness you see?
There’s light for a look at the Savior. And life more abundant and free!
Chorus:
Turn your eyes upon Jesus, Look full into His wonderful face.
And the things of earth will grow strangely dim
In the light of His glory and grace.

2) Through death into life everlasting He passed, and we follow Him there.
Over us sin no more has dominion – For more than conq’rors we are!
Chorus:
Turn your eyes upon Jesus, Look full into His wonderful face.
And the things of earth will grow strangely dim
In the light of His glory and grace.

3) His Word shall not fail you, He promised: Believe Him and all will be well:
Then go tell the world that is dying, His perfect salvation to tell.
Chorus:
Turn your eyes upon Jesus, Look full into His wonderful face.
And the things of earth will grow strangely dim
In the light of His glory and grace.