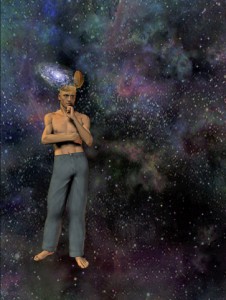 Many years ago as I was beginning to study the parables, God the Holy Spirit spoke into my spiritual heart/hearing the word “interpolate.” I had never heard the word before, and I had no idea as to what it meant. My wife was an 8th grade English teacher, and we had an intermediate level dictionary in our house, and as I tried to look up interpolate in this dictionary, I could not find it. So, I went to our local library and found the definition in its Unabridged Dictionary, but I had to read Bible commentaries on parables to put the proper perspective of the spiritual supernatural kingdom of God/heaven Biblical Christian Worldview as I laid it alongside Jesus’ conjectured physical teaching of His parables. Therefore, it is imperative to properly interpolate the parables to find these hidden mysteries and secrets of the kingdom of God/heaven and its eternal truth about salvation – being “Born Again” – the process of spiritual justification followed by the spiritual process of sanctification/one’s maturing in their faith culminating in the eternal process of spiritual glorification/living with God for all of eternity in glorified bodies. (1) This truth will be revealed by God the Holy Spirit Who reveals to us God’s truth in all things. (2)
(1) For those whom He foreknew [of whom He was aware and loved beforehand], He also destined from the beginning [foreordaining them] to be molded into the image of His Son [and share inwardly His likeness], that He might become the firstborn among many brethren.
And those whom He thus foreordained, He also called; and those whom He called, He also justified (acquitted, made righteous, putting them into right standing with Himself). And those whom He justified, He also glorified [raising them to a heavenly dignity and condition or state of being]. (Romans 8:29-30) AMP
(1a) For both He {Jesus Christ} Who sanctifies [making men holy] and those who are sanctified {Born Again} all have one [Father]. For this reason He is not ashamed to call them brethren; (Hebrews 2:11) AMP
(2) “But when He, the Spirit of truth, comes, He will guide you into all the truth; for He will not speak on His own initiative, but whatever He hears, He will speak; and He will disclose to you what is to come. “He will glorify Me, for He will take of Mine and will disclose it to you. “All things that the Father has are Mine; therefore I said that He takes of Mine and will disclose it to you. (John 16:13-15) NASU
(2a) But I tell you the truth: It is for your good that I am going away. Unless I go away, the Counselor will not come to you; but if I go, I will send him to you. When he comes, he will convict the world of guilt in regard to sin and righteousness and judgment: (John 16:7-8) NIV
(2b) But you have been anointed by [you hold a sacred appointment from, you have been given an unction from] the Holy One (the Spirit of Truth), and you all know [the Truth] or you know all things.  (1 John 2:20) AMP
(2c) But as for you, the anointing (the sacred appointment, the unction) which you received from Him abides [permanently] in you; [so] then you have no need that anyone should instruct you. But just as His anointing teaches you concerning everything and is true and is no falsehood, so you must abide in (live in, never depart from) Him [being rooted in Him, knit to Him], just as [His anointing] has taught you [to do]. (1 John 2:27) AMP

Too many Christians “interpret” the parables rather than “interpolate” them. To interpret a parable, is for a teacher to take the conjectured/assumed physical meaning of Jesus’ parables, and according to their own understanding, make it reveal its physical explanations and physical clarification as they are intellectually and secularly/worldly analyzed thus giving understanding to the many different physical implications and physical solutions for the parables. Too many pastors and teachers interpret these physical implications and physical solutions of the parables as rewarding the Christian with physical and material blessings. I do not believe this to be their correct interpolation! Jesus revealed to us how to interpolate the parables i.e. to know their mystery, secrets, and hidden eternal truths of the kingdom of God/heaven in the “Parable of the Seed and the Sower” and the “Parable of the Wheat and the Tares” which we will study next.

All of Jesus’ parables contain a hidden mystery about the kingdom of God/heaven and its eternal truth about the Gospel Message of salvation through one’s faith in the Name and Person of Jesus Christ. (3) Each parable also contains to some degree its individual or the collective spiritual supernatural processes of justification, sanctification, eternal glorification, and/or eternal condemnation. You may not see them at first but they are there!
(3) And everyone who calls on the name of the Lord will be saved.’ (Acts 2:21) NIV
(3a) Salvation is found in no one else, for there is no other name under heaven given to men by which we must be saved.” (Acts 4:12) NIV
(3b) For God so greatly loved and dearly prized the world that He [even] gave up His only begotten (unique) Son, so that whoever believes in (trusts in, clings to, relies on) Him shall not perish (come to destruction, be lost) but have eternal (everlasting) life. (John 3:16) AMP

As stated above, it is the work of God the Holy Spirit to convict the world – the sinner/the Unbelievers of sin, righteousness, and judgment. (4) If the sinner accepts Jesus Christ as their personal Savior, they are justified as a Believer and must continue on in the processes of sanctification during the remainder of their physical life giving to them their eternal glorification with Christ. If the sinner does not participate in the work of God the Holy Spirit by accepting Jesus Christ as their personal Savior, (5) they have committed the unpardonable sin of blasphemy against Him and will be judged and condemned as an Unbeliever. (6)
(4) And when He {God the Holy Spirit} comes, He will convict and convince the world and bring demonstration to it about sin and about righteousness (uprightness of heart and right standing with God) and about judgment: (John 16:8) AMP
(5) He who believes in Him [who clings to, trusts in, relies on Him] is not judged [he who trusts in Him never comes up for judgment; for him there is no rejection, no condemnation–he incurs no damnation]; but he who does not believe (cleave to, rely on, trust in Him) is judged already [he has already been convicted and has already received his sentence] because he has not believed in and trusted in the name of the only begotten Son of God. [He is condemned for refusing to let his trust rest in Christ’s name.] (John 3:18) AMP
(6) And so I tell you, every sin and blasphemy will be forgiven men, but the blasphemy against the Spirit will not be forgiven. Anyone who speaks a word against the Son of Man will be forgiven, but anyone who speaks against the Holy Spirit will not be forgiven, either in this age or in the age to come. (Matthew 12:31-32) NIV

As the Believer remains faithful to the end in their life long process of sanctification, he/she becomes a True Believer thus giving to them eternal glorification. If during this process of sanctification the True Believer falls back into sin walking with one foot in the kingdom of God/heaven and the other foot in the kingdom of the world, he/she has become a Make Believer and without repentance will be judged and condemned as an Unbeliever. (7)
(7) I {God} know your [record of] works and what you are doing; you are neither cold nor hot. Would that you were cold or hot! So, because you are lukewarm and neither cold nor hot, I will spew you out of My mouth! {condemnation} For you say, I am rich; I have prospered and grown wealthy, {according to worldly standards} and I am in need of nothing; and you do not realize and understand that you are wretched, pitiable, poor, blind, and naked.  [Hos 12:8.] Therefore I counsel you to purchase from Me gold refined and tested by fire {a firm unfailing faith}, that you may be [truly] wealthy, and white clothes to clothe you and to keep the shame of your nudity from being seen, and salve to put on your eyes, that you may see. Those whom I [dearly and tenderly] love, I tell their faults and convict and convince and reprove and chasten [I discipline and instruct them]. So be enthusiastic and in earnest and burning with zeal and repent [changing your mind and attitude].  [Prov 3:12.] (Revelation 3:15-19) AMP

It is part of a True Believer’s work to try to prevent this falling back into the world/apostasy from happening to our brothers and sisters! We have our “work as the watchman on the wall” to confirm this. “Son of man, I have made you a watchman to the house of Israel; therefore hear the word at My mouth and give them warning from Me. [Isa 52:8; 56:10; 62:6; Jer 6:17.] “If I say to the wicked, You shall surely die, and you do not give him warning or speak to warn the wicked to turn from his wicked way, to save his life, the same wicked man shall die in his iniquity, but his blood will I require at your hand. Yet if you warn the wicked and he turn not from his wickedness or from his wicked way, he shall die in his iniquity, but you have delivered yourself.
“Again, if a righteous man turns from his righteousness (right doing and right standing with God) and some gift or providence/{divine intervention} which I lay before him he perverts into an occasion to sin and he commits iniquity, he shall die; because you have not given him warning, he shall die in his sin and his righteous deeds which he has done shall not be remembered, but his blood will I require at your hand. Nevertheless if you warn the righteous man not to sin and he does not sin, he shall surely live because he is warned; also you have delivered yourself from guilt. (Ezekiel 3:17-21) AMP