CHAPTER 5 – ADAM and EVE WERE the FIRST of the PHYSICALLY “WANDERING REMNANT” in the “kingdom(s) of the world.” – Profane Mystery Worldview Revealed
»
«

To start this chapter, I am going to express what I believe God in His Grace and Love did for Adam and Eve in His judgment of their sinning by disobeying His command for them NOT to eat of the Tree of Knowledge {nor of the Tree of Life} by clothing them with the skin of an animal and then removing them from the Garden of Eden. I believe that by His killing an animal – shedding its blood – and using its skin to cloth and cover Adam and Eve’s nakedness, God in His Grace and Love restored them to His righteousness in His eternal spiritual supernatural “KINGDOM of GOD” by His cleansing and forgiving them of their sin. I cannot find a Scripture that directly shares with us God imputing His Grace to Adam and Eve thus making them righteous, but God would NOT have left them eternally separated from Him!
Leviticus 17:11 For the life of the flesh is in the blood, and I have given it to you upon the altar to make atonement for your souls; for it is the blood that makes atonement {God’s forgiveness} for the soul.’ NKJV 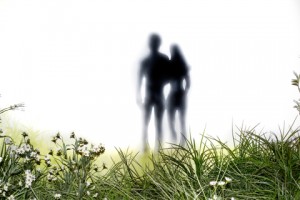 © They became the first …of His physically wandering remnant.

But Adam and Eve did sin! And sin has its consequences! Let’s move on to take a look at the text whereby God places Adam in the Garden of Eden and then at the text whereby He removes Adam and Eve from the Garden. They became the FIRST and apparently willing participants of His physically “wandering remnant” in the Land of Nod east of Eden. They wandered in the NOW hostile environment of the earth in the Land of Nod caused by their association with Satan who led them to sin.
Genesis 2:15 And the Lord God {Jesus Christ} took the man {Adam from the Land of Nod} and put him in the Garden of Eden {the Kingdom of God} to tend and guard and keep it {pure}. AMP
Genesis 3:22-24 And the Lord God said, Behold, the man {Eve and Adam after they ate from the Tree of Knowledge} has become like one of Us [the Father, Son, and Holy Spirit], to know [how to distinguish between] good and evil and blessing and calamity; and now, lest he put forth his hand and take also from the tree of life and eat, and live forever — 23 Therefore the Lord God sent him {Adam with Eve} forth from the Garden of Eden to till the ground from which he was taken {Back to the Land of Nod.}. 24 So [God] drove out the man {because of their sin}; and He placed at the east of the Garden of Eden the cherubim and a flaming sword which turned every way, to keep and guard the way to the tree of life {that was in the Garden of Eden}. [Rev 2:7; 22:2, 14, 19.] AMP
Genesis 4:16 So {Adam first and later} Cain went away from the presence of the Lord and dwelt in the land of Nod [wandering], east of Eden. AMP
Genesis 3:17-19 And to Adam He {God the Son} said, Because you have listened and given heed to the voice of your wife and have eaten of the tree of which I commanded you, saying, You shall not eat of it, the ground {in the Land of Nod} is under a curse because of you {your sinning}; in sorrow and toil shall you eat [of the fruits] of it all the days of your life. 18 Thorns also and thistles shall it bring forth for you, and you shall eat the plants of the field. 19 In the sweat of your face shall you eat bread until you return to the ground, for out of it you were taken; for dust you are and to dust you shall return. AMP
Romans 8:20-21 For the creation (nature) was subjected to frailty (to futility, condemned to frustration), not because of some intentional fault {sin} on its part, but by the will of Him {God the Son} Who so subjected it {because of the sin of Eve and Adam} — [yet] with the hope [Eccl 1:2.] 21 That nature (creation) itself will be set free from its bondage to decay and corruption [and gain an entrance] into the glorious freedom of God’s children {upon their redemption}. AMP

It MUST be noted that when God placed Adam and Eve in the Land of Nod {wandering} apparently they did NOT fuss nor resist their punishment. As we shall see, the next occupant of the Garden was NOT as humble as his parents.

While those first mentioned in the Old Testament are of the physical “wandering remnant” of God’s People, it also included those Old Testament Saints who are of the same eternal spiritual supernatural righteousness as the New Testament spiritual “wandering remnant” Saints as we will see as we go along.
Genesis 45:7 God sent me {Joseph} before you to preserve for you {the Jews} a posterity {future generations} and to continue a physical remnant on the earth, to save your lives by a great escape and save for you many survivors. AMP
Romans 11:5 So too at the present time there is a {spiritual} remnant (a small believing minority {those who are Born Again Adopted Children of God}), selected (chosen) by grace (by God’s unmerited favor and graciousness). AMP
Hebrews 11:39-40 And all of these {Old Testament Saints}, though they won divine approval by [means of] their faith, did not receive the fulfillment of what was promised, 40 Because God had us in mind and had something better and greater in view for us, so that they [these heroes and heroines of faith] should not come to perfection apart from us [before we could join them]. AMP