The biblical teaching that birth control is wrong is found even more explicitly among the Church Fathers, who recognized the biblical and natural law principles underlying the condemnation.   In A.D. 195, Clement of Alexandria wrote, “Because of its divine institution for the propagation of man, the seed is not to be vainly ejaculated, nor is it to be damaged, nor is it to be wasted” (The Instructor of Children 2:10:91:2).   Hippolytus of Rome wrote in 255 that “on account of their prominent ancestry and great property, the so-called faithful [certain Christian women who had affairs with male servants] want no children from slaves or lowborn commoners, [so] they use drugs of sterility or bind themselves tightly in order to expel a fetus which has already been engendered” (Refutation of All Heresies 9:12).   Around 307 Lactantius explained that some “complain of the scantiness of their means, and allege that they have not enough for bringing up more children, as though, in truth, their means were in [their] power . . . or God did not daily make the rich poor and the poor rich. Wherefore, if any one on any account of poverty shall be unable to bring up children, it is better to abstain from relations with his wife” (Divine Institutes 6:20).   The First Council of Nicaea, the first ecumenical council and the one that defined Christ’s divinity, declared in 325, “If anyone in sound health has castrated himself, it behooves that such a one, if enrolled among the clergy, should cease [from his ministry], and that from henceforth no such person should be promoted. But, as it is evident that this is said of those who willfully do the thing and presume to castrate themselves, so if any have been made eunuchs by barbarians, or by their masters, and should otherwise be found worthy, such men this canon admits to the clergy” (Canon 1).   Augustine wrote in 419, “I am supposing, then, although you are not lying [with your wife] for the sake of procreating offspring, you are not for the sake of lust obstructing their procreation by an evil prayer or an evil deed. Those who do this, although they are called husband and wife, are not; nor do they retain any reality of marriage, but with a respectable name cover a shame. Sometimes this lustful cruelty, or cruel lust, comes to this, that they even procure poisons of sterility [oral contraceptives]” (Marriage and Concupiscence 1:15:17).   The apostolic tradition’s condemnation of contraception is so great that it was followed by Protestants until 1930 and was upheld by all key Protestant Reformers. Martin Luther said, “[T]he exceedingly foul deed of Onan, the basest of wretches . . . is a most disgraceful sin. It is far more atrocious than incest and adultery. We call it unchastity, yes, a sodomitic sin. For Onan goes in to her; that is, he lies with her and copulates, and when it comes to the point of insemination, spills the semen, lest the woman conceive. Surely at such a time the order of nature established by God in procreation should be followed. Accordingly, it was a most disgraceful crime. . . . Consequently, he deserved to be killed by God. He committed an evil deed. Therefore, God punished him.” 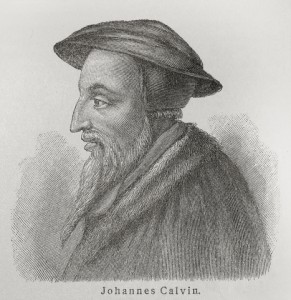 John Calvin said, “The voluntary spilling of semen outside of intercourse between man and woman is a monstrous thing. Deliberately to withdraw from coitus in order that semen may fall on the ground is doubly monstrous. For this is to extinguish the hope of the race and to kill before he is born the hoped-for offspring.”   John Wesley warned, “Those sins that dishonor the body are very displeasing to God, and the evidence of vile affections. Observe, the thing which he [Onan] did displeased the Lord—and it is to be feared; thousands, especially of single persons, by this very thing, still displease the Lord, and destroy their own souls.” (These passages are quoted in Charles D. Provan, The Bible and Birth Control, which contains many quotes by historic Protestant figures who recognize contraception’s evils.)