WHAT IS A “MIRACLE?” – Profane Mystery Worldview Revealed
»
« 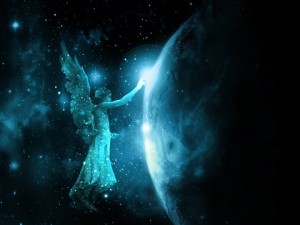 © What is a miracle?

God has made a way for us – the adopted children of God – to become part of the “family of God” as the “household of God.” (7)
(7) So then, as occasion and opportunity open up to us, let us do good [morally] to all people [not only being useful or profitable to them, but also doing what is for their spiritual good and advantage]. Be mindful to be a blessing, especially to those of the household of faith [those who belong to God’s family with you, the believers].                       (Galatians 6:10) AMP
(7a) For the time [has arrived] for judgment to begin with the household of God; and if it begins with us, what will [be] the end of those who do not respect or believe or obey the good news (the Gospel) of God? (1 Peter 4:17) AMP

All of this was foreknown and predestined by God from before anything was. (8)
(8) For those whom He foreknew [of whom He was aware and loved beforehand], He also destined from the beginning [foreordaining them] to be molded into the image of His Son [and share inwardly His likeness], that He might become the firstborn among many brethren. And those whom He thus foreordained, He also called; and those whom He called, He also justified (acquitted, made righteous, putting them into right standing with Himself). And those whom He justified, He also glorified [raising them to a heavenly dignity and condition or state of being]. What then shall we say to [all] this? If God is for us, who [can be] against us? [Who can be our foe, if God is on our side?]  [Ps 118:6.] (Romans 8:29-31) AMP

This is why ALL Saints MUST make sure of their “election”/right standing with Jesus Christ. (9)
(9) Because of this, brethren, be all the more solicitous and eager to make sure (to ratify, to strengthen, to make steadfast) your calling and election; for if you do this, you will never stumble or fall. (2 Peter 1:10) AMP

Is God still in the “miracle business” Today? The answer is a resounding “YES!” I believe that God conceived and documented the “plans for the history of ‘TODAY’” (10) from before time began. (11) Because God is able to see the beginning from the end, (12) to Him, every day is “TODAY.” (13)
(10) For I know the thoughts and plans that I have for you, says the Lord, thoughts and plans for welfare and peace and not for evil, to give you hope in your final outcome. (Jeremiah 29:11) AMP
10a) Paul, a servant of God and an apostle of Jesus Christ for the faith of God’s elect and the knowledge of the truth that leads to godliness—  a faith and knowledge resting on the hope of eternal life, which God, who does not lie, promised before the beginning of time, (Titus 1:1-2) NIV
(11) No, we speak of God’s secret wisdom, a wisdom that has been hidden and that God destined for our glory before time began. (1 Corinthians 2:7) NIV
(12) Declaring the end and the result from the beginning, and from ancient times the things that are not yet done, {God} saying, My counsel shall stand, and I will do all My pleasure and purpose, (Isaiah 46:10) AMP
(13) Therefore, as the Holy Spirit says: Today, if you will hear His voice, Do not harden your hearts, as [happened] in the rebellion [of Israel] and their provocation and embitterment [of Me] in the day of testing in the wilderness, Where your fathers tried [My patience] and tested [My forbearance] and found I stood their test, and they saw My works for forty years. And so I was provoked (displeased and sorely grieved) with that generation, and said, They always err and are led astray in their hearts, and they have not perceived or recognized My ways and become progressively better and more experimentally and intimately acquainted with them. Accordingly, I swore in My wrath and indignation, They shall not enter into My rest. [Ps 95:7-11.] [Therefore beware] brethren, take care, lest there be in any one of you a wicked, unbelieving heart [which refuses to cleave to, trust in, and rely on Him], leading you to turn away and desert or stand aloof from the living God.  But instead warn (admonish, urge, and encourage) one another every day, as long as it is called Today, that none of you may be hardened [into settled rebellion] by the deceitfulness of sin [by the fraudulence, the stratagem, the trickery which the delusive glamor of his sin may play on him]. For we have become fellows with Christ (the Messiah) and share in all He has for us, if only we hold our first newborn confidence and original assured expectation [in virtue of which we are believers] firm and unshaken to the end. Then while it is [still] called Today, if you would hear His voice and when you hear it, do not harden your hearts as in the rebellion [in the desert, when the people provoked and irritated and embittered God against them]. [Ps 95:7, 8.] (Hebrews 3:7-15) AMP