For You did form my inward parts; You did knit me together in my mother’s womb.
(Psalms 139:13) AMP
As you know not what is the way of the wind, or how the spirit comes to the bones in the womb of a pregnant woman, even so you know not the work of God, Who does all.
(Ecclesiastes 11:5) AMP 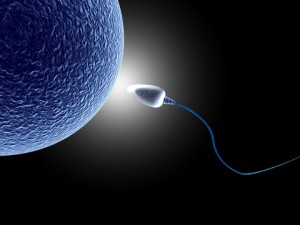 As we continue along in this portion of this book, you will see and understand the unfolding of God’s absolute intricacy in the normal procreation process of the human race. No male nor female other than your father and mother in the entire course of history – past, present, OR future of all of humanity could have naturally conceived you! The involvement of God in the procreation process of each and every naturally conceived human being is a miracle of such huge magnitude that it is as the vastness of the stars in the universe and beyond human comprehension. But let us not be apprehensive for as we have learned in this book, we have the sound mind of Jesus Christ Who will help us to understand Him and His involvement in each person’s life from before time began! (1)
(1) “But as for me, I would seek God, And to God I would commit my cause — Who does great things, and unsearchable, Marvelous things without number.                   (Job 5:8-9) NKJV
(1a) Many, O Lord my God, are Your wonderful works Which You have done; And Your thoughts toward us Cannot be recounted to You in order; If I would declare and speak of them, They are more than can be numbered. (Psalms 40:5) NKJV
(1b) Don’t you yet understand? Don’t you know by now that the everlasting God, the Creator of the farthest parts of the earth, never grows faint or weary? No one can fathom the depths of his understanding. (Isaiah 40:28) TLB
(1c) Oh, the depth of the riches and wisdom and knowledge of God! How unfathomable (inscrutable, unsearchable) are His judgments (His decisions)! And how untraceable (mysterious, undiscoverable) are His ways (His methods, His paths)!                    (Romans 11:33) AMP
(1d) For “who has known the mind of the Lord that he may instruct Him?” But we have the mind of Christ. (1 Corinthians 2:16) NKJV

Human reproduction specialists guesstimate that each human male is capable of producing up to twelve trillion (12,000,000,000,000) sperm in his reproductive lifetime. The Encyclopedia Britannica gives us some insights as to the number of sperm in each man’s ejaculation, “Only one sperm fertilizes each egg, even though 300,000,000 to 400,000,000 sperm are contained in an average ejaculation. Each egg and sperm produced has slightly different genetic information carried in the chromosomes; this accounts for the differences and similarities between children of the same parents.” (2)
(2) Encyclopedia Britannica human sperm
(2a) Google “numbers of human sperm”

The Encyclopedia Britannica further states that each human female contains “Hollow balls of cells—follicles—containing immature egg cells are present in the ovaries at birth; there are usually 150,000 to 500,000 follicles or more at this time. When the female reaches adolescence and young adulthood, the number has been reduced to only about 34,000. During the active child-bearing years, normally between the ages 13 and 50, only 300 to 400 of the follicles undergo maturation.” (3)
(3) Encyclopedia Britannica human ovary
(3a) Google “numbers of human eggs”

THINK ABOUT THIS!!! To put this into perspective – the male and female human reproductive systems are diametrically opposed in their physiological make up and operation. Your father continuously produces up to12 trillion sperm during his 60 plus reproductive years. His sperm are stored in his body for only about 10 days and then reabsorbed unless ejaculated. Each ejaculate contains some 300-400 million sperm and the average young man ejaculates about 2-3 times per week. The older the man the less times per week. Your father’s sperm and only your father’s sperm contains the DNA that produced you and also determines the sex of each of his offspring.

Your mother was born with all of her eggs stored in her ovaries. THIS IS IMPORTANT! Science has been desperately trying to prove that the human female produces additional eggs after her birth but has been unsuccessful. As it stands, this means these 300-400 eggs that will reach maturation and were stored in her ovaries at birth were actually formed in her at her conception. This begs some really interesting questions. Was God the Holy Spirit actually present at her conception? Did He place in her eggs the DNA for her family genealogy? Did God foreknow and predestine the joined together DNA from your mother’s one egg and your father’s one sperm that produced you with your DNA to continue your family tree and the human race? Does God participate in the natural procreation process? (4)
(4) You {God} made all the delicate, inner parts of my body and knit them together in my mother’s womb. (Psalms 139:13) TLB
(4a) God’s ways are as mysterious as the pathway of the wind and as the manner in which a human spirit is infused into the little body of a baby while it is yet in its mother’s womb. (Ecclesiastes 11:5) TLB

You are a unique, one of a kind individual. Through the God ordained process of natural human procreation (5) and only through His involvement in this natural process, no other person in the entire world was, is, or ever will be an exact replica or duplicate of you. This is easily proven through physical identification. No other person in the world has identical mitochondrial DNA, an identical set of palm and fingerprints, an identical set of footprints, or an identical retina pattern as yours. YOU are YOU and ONLY YOU are YOU!!!
(5) And He {Jesus} answered and said to them, “Have you not read that He who made them at the beginning ‘made them male and female,’  and said, ‘For this reason a man shall leave his father and mother and be joined to his wife, and the two shall become one flesh’?  So then, they are no longer two but one flesh. Therefore what God has joined together, let not man separate.” (Matthew 19:4-6) NKJV