CHAPTER 15 – WHY the “BASTARD” NATIONS of the “KINGDOM(S) of the WORLD” HATE ISRAEL. – Profane Mystery Worldview Revealed
»
«

The LAST reason for the necessity for Nation of Israel and its land to be preserved will be revealed upon Christ’s Second Coming. We must remember that prophecy states that Christ will stand upon the Mount of Olives at His return to wage war against the “bastard nations” – the nations of the world that He did NOT create. Christ has to have “land” to set down on for His Second Coming to establish His earthly kingdom and His 1000 year reign in the New Jerusalem.
Zechariah 14:3-4 {The prophecy of Jesus Christ’s return.} Then shall the Lord go forth and fight against those nations, as when He fought in the day of battle. 4 And His feet shall stand in that day upon the Mount of Olives, which lies before Jerusalem on the east, and the Mount of Olives shall be split in two from the east to the west by a very great valley; and half of the mountain shall remove toward the north and half of it toward the south. [Isa 64:1, 2.] AMP
Acts 1:11-12 {The angels} Who said, Men of Galilee, why do you stand gazing into heaven? This same Jesus, Who was caught away and lifted up from among you into heaven, will return in [just] the same way in which you saw Him go into heaven. 12 Then [the disciples] went back to Jerusalem from the hill called Olivet {Mount of Olives}, which is near Jerusalem, [only] a Sabbath day’s journey (three-quarters of a mile) away. AMP
Revelation 11:15 Seventh Trumpet: The Kingdom Proclaimed Then the seventh angel sounded: And there were loud voices in heaven, saying, “The kingdoms of this world have become the kingdoms of our Lord and of His Christ, and He shall reign forever and ever!” NKJV
1 Corinthians 15:24-25 After that comes the end (the completion), when He delivers over the kingdom to God the Father after rendering inoperative and abolishing every [other] rule and every authority and power. 25 For [Christ] must be King and reign until He has put all [His] enemies under His feet. [Ps 110:1.] AMP
Zechariah 14:11 And it {Jerusalem} shall be inhabited, for there shall be no more curse or ban of utter destruction, but Jerusalem shall dwell securely. [Rev 22:3.] AMP

This being the case – that upon Christ’s victory over all of the other nations of the world – after rendering inoperative and abolishing every [other] rule and every authority and power – I believe that rather than become politically involved in the politics in the “bastard” kingdoms and nations of the world, all truly “Born Again” Christians must be actively involved in supporting the nation of Israel through Christ’s Second Coming. If “Born Again” Christians continually try to work against what God is doing worldwide to prepare for Christ’s Second Coming by working to “save” their kingdom or nation from virtual political and physical destruction, they are actually “fighting against God!”
Acts 5:39 but if it is of God {worldwide preparation for Christ’s Second Coming}, you cannot overthrow it — lest you even be found to fight against God.” NKJV

Why is the nation of Israel and Its people so hated by other nations and their peoples? Because of the way these other kingdoms/nations came into being! They are literally “bastards” in the mix of God’s “very good” creation! And you know how if you were to call someone a “bastard” in their family setting, how much animosity, nastiness, resentment, and outright physical hostility that would cause! Same goes for the kingdoms and nations of the world only on a MUCH larger scale. Their bitterness and outright hatred against Israel is because Israel is God’s ONLY created kingdom/nation in the world. The bitterness and hatred is so ingrained in the “kingdom(s) of the world” that it boils over into the pot of world chaos resulting in the continual troubles and turmoil particularly in the Middle East and spreading out to other “kingdom(s) of the world”. 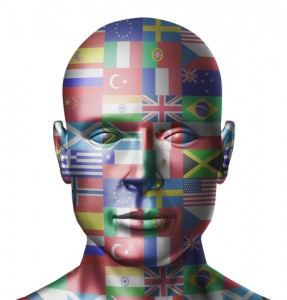 © the origin of the world’s kingdoms and nations…

I use the term “bastard” to indicate the stature of these illegitimate entities in God’s “very good” creation. The term “bastard” as pertaining to the origin of the world’s kingdoms and nations is used for “something that is spurious {of falsified origin}, inferior {NOT up to God’s “STANDARD”}, or is of questionable origin {NOT created by God the Son}. Jesus Christ created only ONE nation in the world and that was Israel, and He is the maker of Its people – the Jews. Satan has deceived the world and the Christian Church for many many centuries on this matter! You may not like my perception of how the “kingdom(s) of the world” and their “god” came into being and power, but I believe that I have represented God’s truth accurately on this matter.
Isaiah 43:15 I am the Lord, your Holy one, the Creator of Israel, your King. AMP
Isaiah 45:11 Thus says the Lord, the Holy one of Israel, and its Maker: Would you question Me about things to come concerning My children, and concerning the work of My hands [would you] command Me? AMP
Revelation 12:9 And the huge dragon was cast down and out–that age-old serpent, who is called the Devil and Satan, he who is the seducer (deceiver) of all humanity the world over; he was forced out and down to the earth, and his angels were flung out along with him. [Gen 3:1, 14, 15; Zech 3:1.] AMP {This Scripture reveals Satan’s role throughout history.}

The term “bastard” also refers to an illegitimate child who is so called because he/ she was born without a legitimate father and mother by marriage. By interpolating this term {laying the spiritual supernatural Kingdom of God meaning alongside of the generally accepted physical meaning for a “bastard” child} gives to us the “kingdom(s) of the world” with its “god” as illegitimate because while they do have a “father” – Satan that brought them into being – he is NOT God the Son Who as the “everlasting Father” is credited as the Creator of everything.
Isaiah 9:6 For unto us a child is born; unto us a son is given {Jesus Christ}; and the government shall be upon his shoulder. These will be his royal titles: “Wonderful,” “Counselor,” “The Mighty God,” “The Everlasting Father {of the things of His creation},” “The Prince of Peace.” TLB
Colossians 1:16 Christ himself is the Creator who made everything in heaven and earth, the things we can see and the things we can’t; the spirit world with its kings and kingdoms, its rulers and authorities; all were made by Christ for his own use and glory. TLB {This paraphrase translation correctly interprets/portrays what Christ created in the spiritual realm with its kingdoms and kings. There are NO Scriptures in the Bible that make mention of Christ creating the physical “kingdom(s) of the world” except for the nation of Israel.}
Isaiah 43:15 I am the Lord, your Holy one, the Creator of Israel, your King. AMP
Acts 17:26 He {God} created all the people of the world from one man, Adam, and scattered the concept of the nations across the face of the earth {at the time of the Tower of Babel – Genesis 11:1-9 with Nimrod who as a mighty but evil warrior became the first king of a group of cities forming the first kingdom of the world – 1 Chronicles 1:10, Genesis 10:10-12}. He {God} decided beforehand which should rise and fall, and when. He determined their boundaries. TLB {This paraphrase correctly shares that God first created man who later formed kingdoms/nations in the world.}
Isaiah 14:24 The Lord of hosts has sworn, saying, Surely, as I have thought and planned, so shall it come to pass, and as I have purposed, so shall it stand– AMP

Even Satan came against Israel by getting David to sin against God by taking a count of the number of troops that Israel could place in battle rather than trusting God for their victory against their enemies.
1 Chronicles 21:1 Now Satan stood up against Israel, and moved David to number Israel. NKJV {2 Samuel 24:1 states that, “AGAIN THE anger of the Lord was kindled against Israel, and He moved David against them, saying, Go, number Israel and Judah.” AMP The seeming contradiction of these two Scriptures reveals God’s Sovereignty over all of His creation. Satan and his evil demonic spirits are always under God’s authority and subject to God’s will as He commands them. Satan and his demonic angels can do nothing of their own volition!}
Job 2:1 AGAIN THERE was a day when the sons of God [the angels] came to present themselves before the Lord, and Satan (the adversary and the accuser) came also among them to present himself before the Lord. AMP
1 Samuel 16:14 But the Spirit of the Lord departed from Saul, and an evil spirit from the Lord tormented and troubled him. AMP

Just before Christ’s Second Coming, I believe that God will so politically and physically bring to ruins and destroy the power of these “kingdom(s) in the world” that they will be helpless to take a united stand against what He is doing.