Until 80 plus years ago, the entire Christian Church opposed Birth Control as contrary to Scripture. This may be best put into historical perspective in the following quote from Catholic Answers: CATHOLIC ANSWERS BIRTH CONTROL. 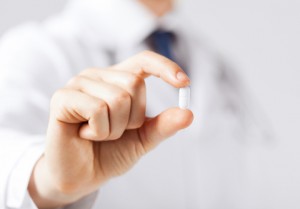 In 1968, Pope Paul VI issued his landmark encyclical letter Humanae Vitae (Latin, “Human Life”), which reemphasized the Church’s constant teaching that it is always intrinsically wrong to use contraception to prevent new human beings from coming into existence.   Contraception is “any action which, either in anticipation of the conjugal act [sexual intercourse], or in its accomplishment, or in the development of its natural consequences, proposes, whether as an end or as a means, to render procreation impossible” (Humanae Vitae 14). This includes sterilization, condoms and other barrier methods, spermicides, coitus interruptus (withdrawal method), the Pill, and all other such methods.
The Historic Christian Teaching
Few realize that up until 1930, all Protestant denominations agreed with the Catholic Church’s teaching condemning contraception as sinful. At its 1930 Lambeth Conference, the Anglican church, swayed by growing social pressure, announced that contraception would be allowed in some circumstances. Soon the Anglican church completely caved in, allowing contraception across the board. Since then, all other Protestant denominations have followed suit. Today, the Catholic Church alone proclaims the historic Christian position on contraception.   Evidence that contraception is in conflict with God’s laws comes from a variety of sources that will be examined in this tract.
Nature
Contraception is wrong because it’s a deliberate violation of the design God built into the human race, often referred to as “natural law.” The natural law purpose of sex is procreation. The pleasure that sexual intercourse provides is an additional blessing from God, intended to offer the possibility of new life while strengthening the bond of intimacy, respect, and love between husband and wife. The loving environment this bond creates is the perfect setting for nurturing children.   But sexual pleasure within marriage becomes unnatural, and even harmful to the spouses, when it is used in a way that deliberately excludes the basic purpose of sex, which is procreation. God’s gift of the sex act, along with its pleasure and intimacy, must not be abused by deliberately frustrating its natural end—procreation.
Is contraception a modern invention? Hardly! Birth control has been around for millennia. Scrolls found in Egypt, dating to 1900 B.C., describe ancient methods of birth control that were later practiced in the Roman empire during the apostolic age. Wool that absorbed sperm, poisons that fumigated the uterus, potions, and other methods were used to prevent conception. In some centuries, even condoms were used (though made out of animal skin rather than latex).   The Bible mentions at least one form of contraception specifically and condemns it. Coitus interruptus, was used by Onan to avoid fulfilling his duty according to the ancient Jewish law of fathering children for one’s dead brother. “Judah said to Onan, ‘Go in to your brother’s wife, and perform the duty of a brother-in-law to her, and raise up offspring for your brother.’ But Onan knew that the offspring would not be his; so when he went in to his brother’s wife he spilled the semen on the ground, lest he should give offspring to his brother. And what he did was displeasing in the sight of the Lord, and he slew him also” (Gen. 38:8–10).   The biblical penalty for not giving your brother’s widow children was public humiliation, not death (Deut. 25:7–10). But Onan received death as punishment for his crime. This means his crime was more than simply not fulfilling the duty of a brother-in-law. He lost his life because he violated natural law, as Jewish and Christian commentators have always understood. For this reason, certain forms of contraception have historically been known as “Onanism,” after the man who practiced it, just as homosexuality has historically been known as “Sodomy,” after the men of Sodom, who practiced that vice (cf. Gen. 19).   Contraception was so far outside the biblical mindset and so obviously wrong that it did not need the frequent condemnations other sins did. Scripture condemns the practice when it mentions it. Once a moral principle has been established in the Bible, every possible application of it need not be mentioned. For example, the general principle that theft is wrong was clearly established in Scripture; but there’s no need to provide an exhaustive list of every kind of theft. Similarly, since the principle that contraception is wrong has been established by being condemned when it’s mentioned in the Bible, every particular form of contraception does not need to be dealt with in Scripture in order for us to see that it is condemned.