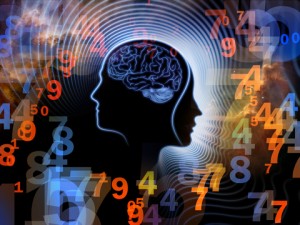 Let us now transition our focus from using the world’s great telescopes to guesstimate the humongous numbers used in the contents and size of the universe and now look through the other end of our telescope thus making it a microscope so that we can see the humongous numbers used for the human body and its parts. You will be awed by their similarities. The above scripture from Ecclesiastes 11:5 declares to us that we do not know the work that God the Holy Spirit does in the procreation process and then it adds insult to injury when it says, “even so you know not the work of God, Who does all.” AMP There is much to the all that God does in His creation, but what is the all that God does in the procreation process? Is it as humongous, awesome, and miraculous as His work in the creating and sustaining of the universe? It is miraculous because of His intricacy in the frail life of man i.e. His delicate but very complex, sophisticated intimacy in the details of every one of His human offspring’s life in time, place, and the course of human events in history.

WHAT IS A “MIRACLE?”

In this book, we will witness three definite miracles that only God can do in a person’s life! What is a “miracle?” Webster’s dictionary defines a miracle as, “an extraordinary occurrence that surpasses all known human powers or natural forces and is ascribed to a divine or supernatural cause especially to God.” I have shared with you in this book the foreknown and predestined plans that God has for your life in His time and place in history. The three miracles that I see God involved in every person’s life is #1) the process of human procreation {the start of a human’s life} and the work of God the Holy Spirit and in that process, (1) and #2) the process of the new creation and the work of God the Holy Spirit in the life of each new Believer in that process, (2) and #3) the death of each human’s life and their eternal destination. (3)

(1) THE BURDEN or oracle (the thing to be lifted up) of the word of the Lord concerning Israel: Thus says the Lord, Who stretches out the heavens and lays the foundation of the earth and forms the spirit of man within him {which enables man to connect up to God the Holy Spirit – EXTRA IMPORTANT!}: (Zechariah 12:1) AMP
(2) Men can only reproduce human life {with the help of God the Holy Spirit – EXTRA IMPORTANT!}, but the Holy Spirit gives new {spiritual} life from heaven; so don’t be surprised at my statement that you must be born again! Just as you can hear the wind but can’t tell where it comes from or where it will go next, so it is with the Spirit. We do not know on whom he will next bestow this {new spiritual} life from heaven.” {ONLY God the Holy Spirit can give one’s spirit!} (John 3:6-8) TLB
(3) {At one’s death} Then shall the dust [out of which God made man’s body] return to the earth as it was, and the spirit shall return to God Who gave it {for Christ’s judgment}. (Ecclesiastes 12:7) AMP

It is also guesstimated that the length of all our blood vessels which include the arteries, capillaries, and veins is equal to 100,000 miles in each human’s body. As awesome and humongous are the numbers for the size of the universe so are the numbers used in each of our tiny frail human bodies. Is God wondrous and awesome or what?

In order for us to understand what God the Son and God the Holy Spirit did in the creation of man – Adam and Eve as living human beings – we must start at the beginning. (4)
(4) And the Lord God {Jesus Christ} formed man of the dust of the ground, and {God the Holy Spirit} breathed into his nostrils the breath of life; and man became a living being. (Genesis 2:7) NKJV
(4a) As long as my breath is in me, And the breath of God {the Holy Spirit} in my nostrils, (Job 27:3) NKJV

As God created Adam and Eve, He created Eve with eggs that contained the genetic code (DNA) in the human species for all of His foreknown, preplanned, and predestined offspring. This will be revealed as we progress with this chapter. Eve not only contained God created, foreknown, preplanned, and predestined eggs to produce Cain and Abel, but she contained the DNA that started the human species and kept separate the lineage of all mankind from all other living species. This is how and why Eve is called the mother of all the living. (5)
(5) The man called his wife’s name Eve [life spring], because she was the mother of all the living {of mankind}. (Genesis 3:20) AMP
(5a) **** 1987 – The journal “Nature” published an article “Mitochondrial Eve” by Rebecca Cann, Mark Stoneking, and Allan C. Wilson stating that all of mankind’s genealogy could be traced from one female – a hypothetical “Eve.” Of course, there is much debate on this subject. Google “mitochondrial eve.”

We come to another interesting revelation about Eve. After Eve sinned, God laid out His judgment, To the woman He said: “I will greatly multiply your sorrow and your conception; In pain you shall bring forth children; Your desire shall be for your husband, And he shall rule over you.” (Genesis 3:16) NKJV God somehow conveyed to Eve that He was involved in the procreation process i.e. the conception and pregnancy of her offspring. Somehow she understood what He was telling her, and she later acknowledged His involvement in her conceptions and pregnancies. We will soon listen to the testimony of other women in the Old Testament who knew the same intricacy of God in their lives. Why do we not understand and see God in this same light “TODAY?” (6)
(6) Then Adam had sexual intercourse with Eve his wife, and she conceived and gave birth to a son, Cain (meaning “I have created”). For, as she said, “With God’s help, I have created a man!” (Genesis 4:1) TLB
(6a) Later on Eve gave birth to another son and named him Seth (meaning “Granted”); for, as Eve put it, “God has granted me another son for the one Cain killed.”     (Genesis 4:25) TLB